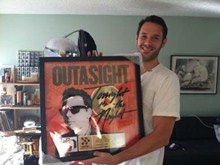 I’m a music producer and writer, signed with Sony ATV Music Publishing. I also freelance, working for Warner, Atlantic, Columbia, RCA, Epic, and Interscope. I produced a song called “Tonight is the Night” by Outasight— it came out last year— it’s been used in 50 different films and TV commercials. It went platinum and got up to number 13 on the Billboard Chart. I have a bunch of new music coming out with 2AM Club on RCA. I’ve been working with CeCe Dobson, Cee Lo Green and K. Rose

I took recorder at VCS, but it wasn’t just the music programs that influenced me. It was the way the school supported my creativity. At VCS we were always encouraged to be creative and express ourselves. I very much learn through the process of doing. 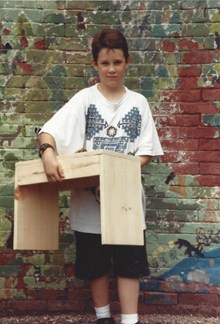 That’s the way I make music. I’ve always taught myself via trial and error. VCS was very supportive of me finding my own way.

I work a lot so my free time is minimal, but I love traveling and there is a lot of culture to soak up. I’ve had a goal for a long time to have a traveling nomadic music project. I’ll record different sounds in different cities and take those sounds and put them into more modern contemporary music—give it a more global feel. I’ve done recordings for the project when I have traveled and worked in Nashville, New York and generally around the US.

Another influence of VCS—you were always taught to figure things out. I was seven or eight and I was learning about estimating and I guessed the right number of pencils. I have always carried with me the logic and reasoning behind that thought process - trying to find the best answer based on the situation you are in using the information you have.